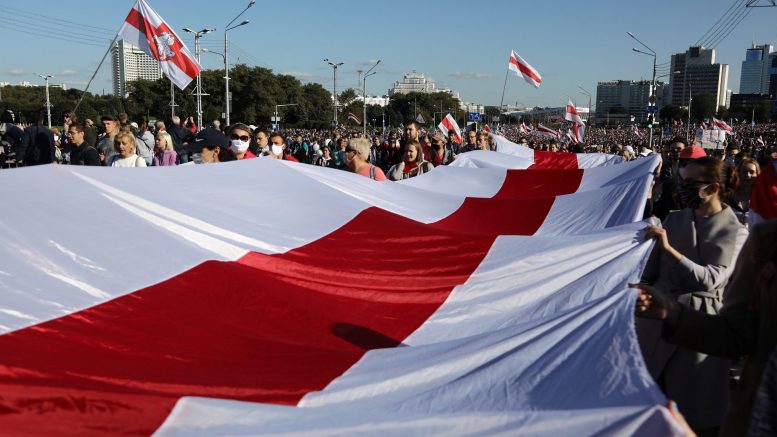 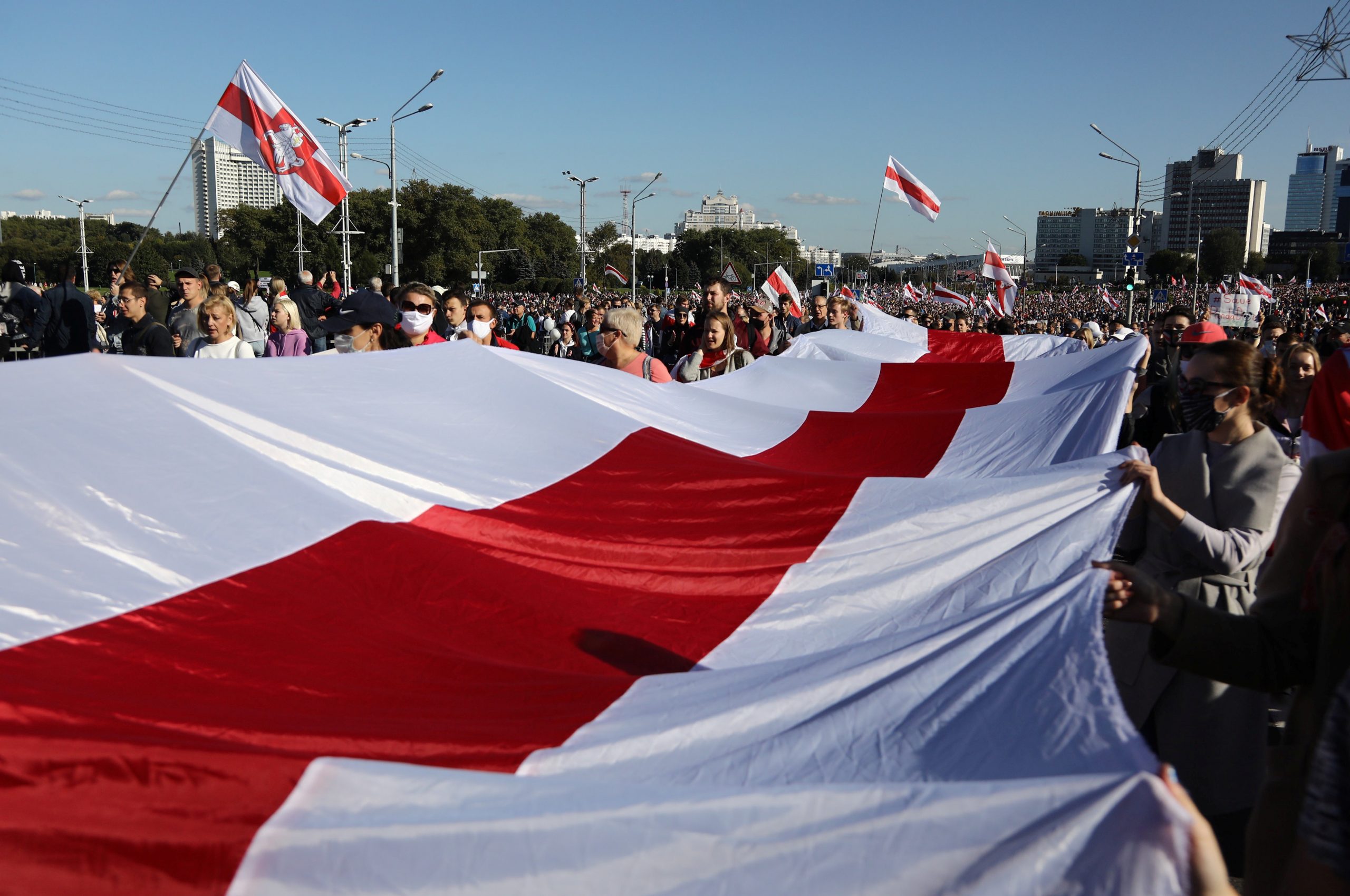 Tens of thousands of people marched through Minsk on Sunday chanting “go away” on the sixth straight weekend of protests against President Alexander Lukashenko, keeping up the pressure on the veteran Belarusian leader to quit.

The eastern European country was plunged into turmoil following a presidential election last month that Lukashenko says he won by a landslide but the opposition says was rigged.

In power for 26 years, the former Soviet collective farm manager has shown scant inclination to resign, buoyed by support from Russia.

The European Union vowed weeks ago to impose sanctions on Minsk for alleged election fraud and human rights abuses, but is likely to miss its own Monday deadline for action.

In tandem with the protests, anonymous hackers leaked the personal data of 1,000 police officers in retaliation for a crackdown in which thousands of people have been detained, many complaining of beatings and torture in jail. The government has denied abusing detainees. The loyalty of the security forces is crucial to Lukashenko’s ability to cling on to power. Their faces are often obscured by masks, balaclavas or riot helmets. Some protesters have physically torn off the masks of some officers. “As the arrests continue, we will continue to publish data on a massive scale,” said a statement that was distributed by the opposition news channel Nexta Live on the messaging app Telegram. “No one will remain anonymous even under a balaclava.”

The government said it would find and punish those responsible for leaking the data, which was widely distributed on Telegram channels on Saturday evening.

“The forces, means and technologies at the disposal of the internal affairs bodies make it possible to identify and prosecute the overwhelming majority of those guilty of leaking personal data on the Internet,” said Olga Chemodanova, the spokeswoman for the Ministry of Internal Affairs.

The government said 390 women were detained for taking part in a protest on Saturday. Most have been released.

Russian foreign ministry spokeswoman Maria Zakharova also criticised the EU for inviting Tsikhanouskaya to the ministerial meeting as well as for considering sanctions against Minsk, saying Brussels was trying to “rock the boat” in Belarus.

Russia sees Belarus as a strategic buffer state against the EU and NATO, and has accused the United States of fomenting revolution in its neighbour.

Moscow agreed to give a $1.5 billion loan to prop up Lukashenko’s government following a meeting between him and Russian President Vladimir Putin.

Belarus will channel about $330 million of its new loan to cover its outstanding debt to Russian gas giant Gazprom , Russian Finance Minister Anton Siluanov was quoted by TASS as saying.