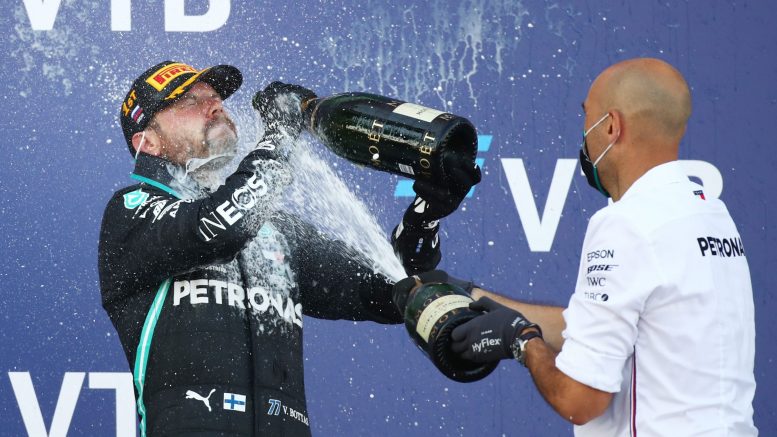 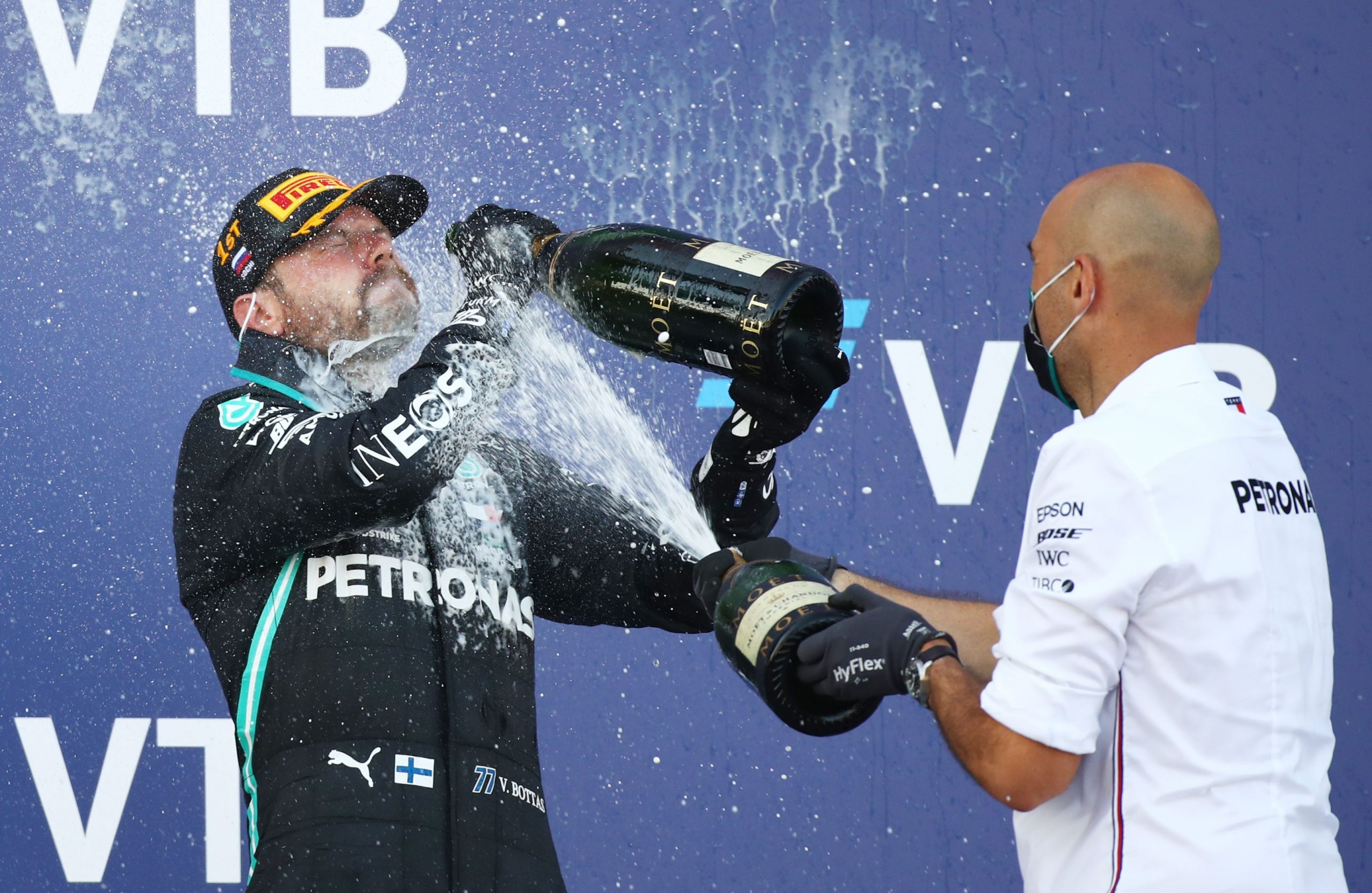 Valtteri Bottas won the Russian Grand Prix for Mercedes on Sunday after team mate and Formula One championship leader Lewis Hamilton picked up time penalties for infringements before the race had even started.

He accused stewards of trying to stop him winning and said the “ridiculous” sanctions were excessive but to be expected: “They’re trying to stop me, aren’t they?” the Briton told Sky Sports television.

The Briton’s lead over Bottas shrunk to a still healthy 44 points after 10 of 17 races, with the Finn collecting a bonus point for fastest lap.

“Never give up. It’s a good day,” said Bottas, who addressed his critics in more basic terms over the team radio as he took the chequered flag.

“It’s nice to get a win, it’s been a while and I need to try and keep the momentum…there’s still quite a few races to go, so you never know. I’ll keep pushing, I won’t give up and we’ll see how it ends up.”

The win — by 7.729 seconds — was the Finn’s second of the season, and first since the Austrian opener in July.

Bottas said he had been lucky but he might have won anyway, with Hamilton starting on the higher-wearing softs after a fraught Saturday qualifying while the Finn was on the mediums — the better long-term strategy.

Hamilton’s hopes were in any case dashed when stewards issued two five-second penalties for making practice starts outside the designated area as he headed to the grid.

“I’m pretty sure no-one’s got two five second penalties for something so ridiculous before,” said the Briton, who had won six of the nine races before Sochi and had been authorised by the team to practise a start.

“I didn’t put anyone in danger. I’ve done this at a million tracks over the years and never been questioned on it.

Hamilton also collected two penalty points on his licence, leaving him just two away from a one-race ban triggered if a driver gets 12 in a 12-month period.

In a dull race after two exciting rounds in Italy, with lonely races for the top three, Mercedes continued their record of winning every Russian Grand Prix since the first held on the streets around the 2014 Winter Olympics venue.

Frenchman Esteban Ocon took seventh for Renault with Russian driver Daniil Kvyat eighth and pleasing the first real crowd of the season after the first eight races were held behind closed doors due to the COVID-19 pandemic.

The safety car was deployed for four laps after the start when McLaren’s Carlos Sainz went off and misjudged his return to the track, hitting the wall hard.

Hamilton served his two penalties at the same time, returning in 11th place but moving up to third after others pitted. “This is just ridiculous, man,” he said over the radio.

A three-week ‘lockdown lite’ seems the likeliest scenario today when the government announces extra curbs on movement – including a return to the SMS system –aiming to contain the spread of the coronavirus and give straining hospitals some breathing space. As of Thursday evening, there were 196 people hospitalised, very… Cyprus Mail …

After the discussions about the epidemiological situation and scientific advisory team’s proposals for additional restrictions, President Anastasiades came up with a positive point, according to deputy government spokesman, Panayiotis Sentonas. After thanking all the members of the scientific team for their cooperation and contribution to combating the pandemic, Anastasiades noted… Cyprus Mail …

To the Editor, I am concerned about the wide publicity given to the dreadful events on December 21, 1963. I would request that you please publish my letter in response to Mr George Koumoullis’ article ‘Revisiting the 1963-64 armed conflict’. At the outset, I wish to make clear that I… Cyprus Mail …

Manchester City’s hopes of closing the gap on the Premier League pacesetters were frustrated as they were held to a 1-1 draw at home to lowly West Bromwich Albion on Tuesday. City took the lead on the half hour when Raheem Sterling did well to work his way to the… Cyprus Mail …