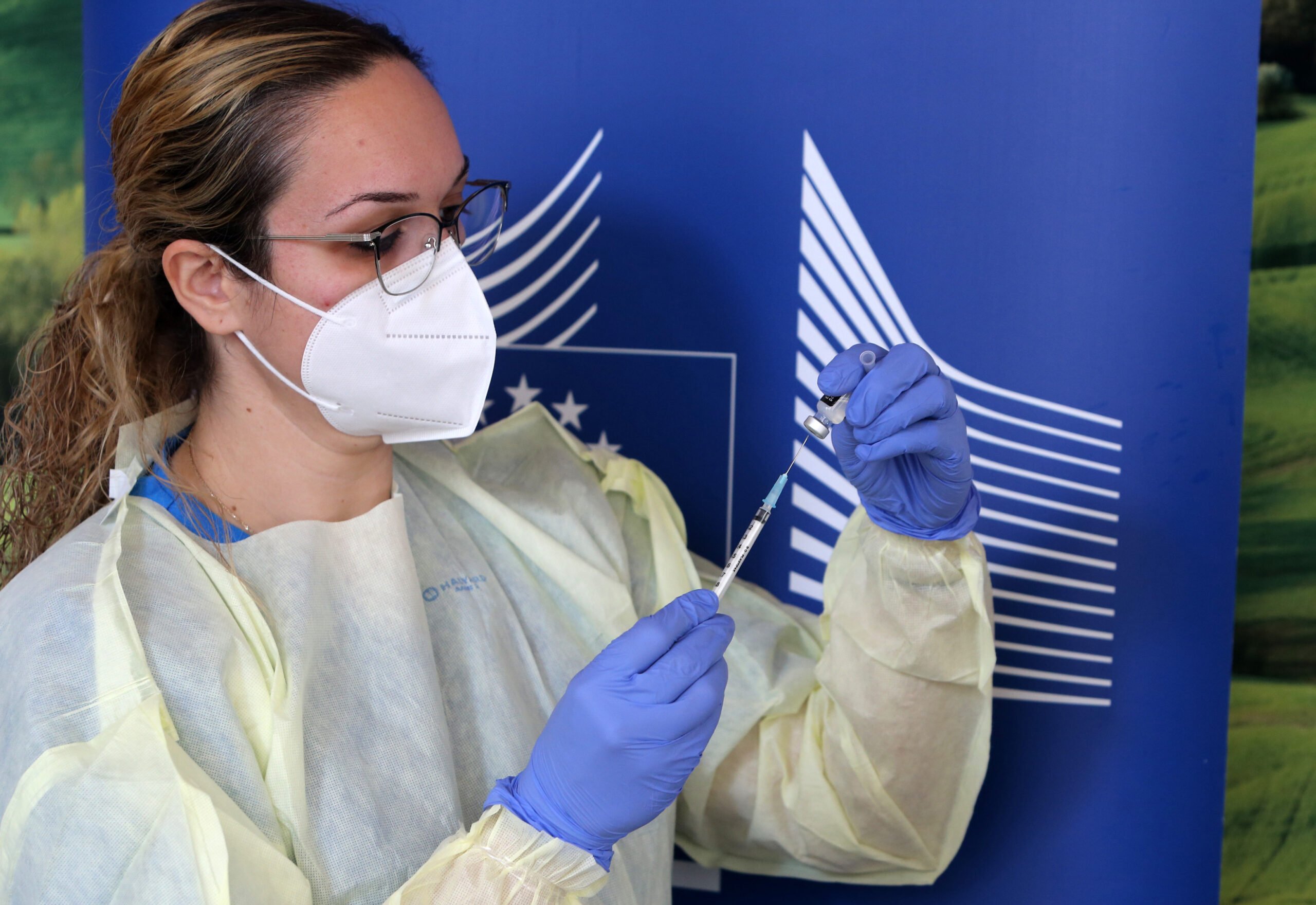 Changes have been made to the vaccinations portal to allow the booking of 10,000 slots per half hour, Deputy Minister for Innovation Kyriakos Kokkinos said on Friday amidst reactions and criticism after the system was down for the whole of Thursday.

The portal, which closed on Thursday due to technical problems, reopened on Friday, but not without presenting applicants with new problems, at least those who logged on early morning.

Kokkinos, speaking to Sigma TV, said this was only for the first 35 minutes mainly due to very large numbers of people rushing early morning to book a slot for the vaccine of their preference.

“We don’t book a vaccine but vaccination which is the case all over the world,” Kokkinos said, reiterating the government’s and experts’ position that people should just grab the first vaccine available to them since all of them have been approved by the European Medicines Agency.

Ever since concerns were raised about the safety of the AstraZeneca vaccine after its association with rare blood clots, many people rush to book as early as possible when their age group is announced to make sure they will get a jab by another company.

Kokkinos explained that the portal, which runs on the Gesy system, was initially designed to serve 50,000 people per day.

“The hesitation for a specific vaccine,” he said, meant that the system was called to serve 15,000 people within three minutes, which is not within its technical specifications. “We are making changes to improve it, in the meantime, problems arise that create hardship to the people which we acknowledge.”

On Friday, when people aged 35 and 36 were eligible to book their slot, the deputy ministry for innovation introduced a new feature which puts people interested in booking an appointment in an online queue, while allowing them to know the waiting time until they are served.

“This addition aims to better serve people and to avoid overloading the system,” the ministry said in a statement.

It also said, that, although in the first 35 minutes of operation of the portal on Friday there were issues of speed as regards servicing people, by 8.45 am everyone who expressed interest in booking a slot was served.

“Instead of users getting notification that the system is slow or that the server is not available, it will tell you you will be served in three, four, five minutes,” Kokkinos said.

He said the goal is for a person to wait maximum thirty minutes. So far, Kokkinos said, everyone expected to be served within three minutes, now these three minutes will be half an hour.

With tweaks made, the goal is to have 10,000 appointments per half hour, he added.

Kokkinos gave reassurances that all measures were taken to minimise problems, though he could not guarantee that there would be no problems from now on.

The problems observed with the portal, mainly on Thursday, prompted several parties to call for Kokkinos’ resignation. Main opposition Akel referred on Friday to “the incompetence of those in power, who cannot even run a web portal” prompting a response by the government.

Deputy government spokesman Panayiotis Sentonas defended the work carried out as regards the portal and the vaccination programme and said Akel rushed early morning to diminish this “enormous effort” but could not wait to see whether their assessment would be confirmed. “More than 10,000 vaccination appointments have been booked today a few hours after the portal opened,” Sentonas said.

Meanwhile the audit service said on Friday it planned to investigate the goings-on relating to the vaccination portal.

Spokesman Marios Petrides said the service has asked the health ministry and the ministry of innovation for information since April 20 but has received nothing yet.

Petrides said they were carrying out an IT audit to determine how the system works.

The audit concerns “proper execution of contract,” he said.

The vaccination portal was a €300,000 add on on the Gesy portal, whose contract had been granted to NCR Cyprus.