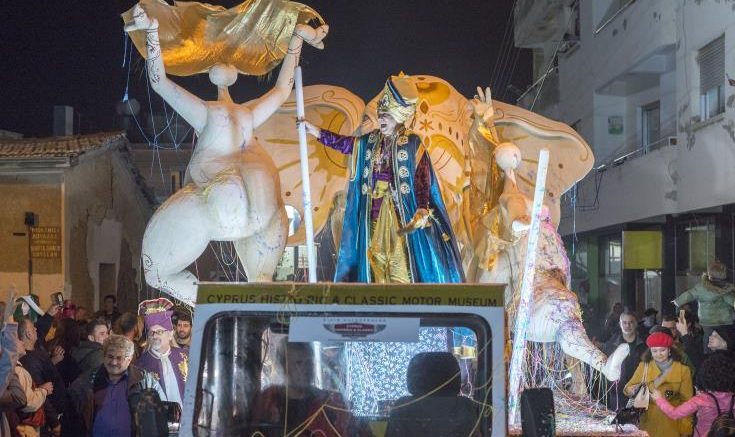 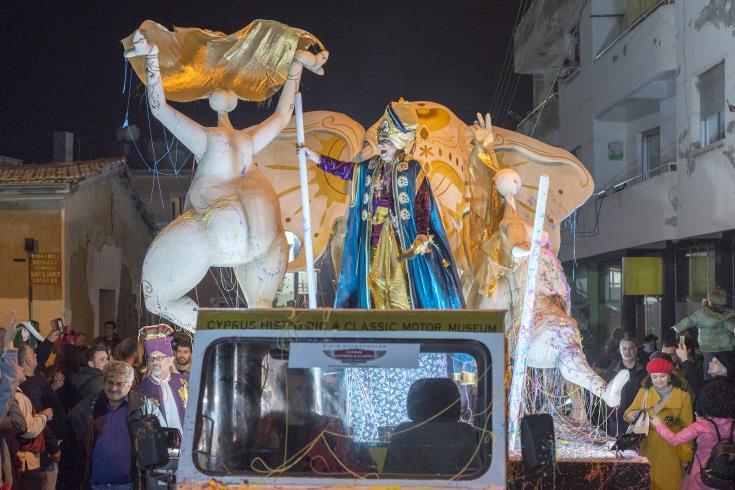 Limassol’s Carnival King has urged his co-citizens to remain positive and to smile during what he believes is a difficult and testing time for the city.

Limassol municipality announced months ago there would be no carnival parade this year because of the pandemic, but it would organise alternative celebrations such as exhibitions and live performances throughout March.

Giorgos Nikolaou, a dance teacher from Limassol, who is the Carnival King for the second year in row, will still be touring the streets of Limassol on Thursday in a bid to spread some festive cheer around the town.

“Carnival is about optimism and joy and it is my duty to bring on smile on people’s faces during this sad period,” he told the Cyprus News Agency (CNA).

“I have taken part in the parade for the past 25 years and I know how difficult it is for people this year to not dress up and have fun together.

“Nevertheless, we must not be miserable but look forward to better times. We all went through tougher periods, like I did in 1974 when I was a refugee after the invasion.

“We must all prioritise our health and I believe in a few years we will look back at what is happening now and we will be proud of the fact we went through it,” the Carnival King said.

The Carnival King’s first outing will take place between 4pm and 6pm on Thursday, known as ‘stinky Thursday’ from the barbecue smoke and smell of meat people grill on that day, a tradition observed each year to mark the beginning of the Carnival festivities but also the beginning of the gradual weaning off meat and dairy in preparation for the 50-day lent period that leads to Easter Sunday.

The chariot will also tour the town on Saturday and on Sunday, March 14 which is the day the big parade would have taken place this year.

Meanwhile, over 60 police officers and 30 patrol cars are monitoring the situation in Limassol on Thursday to make sure all the measures in place against the spread of Covid-19 are respected.

Speaking to the press on Wednesday, Limassol police spokesperson Marinos Vassiliou also said that, apart from the additional police officers and patrol cars, 12 members of the national guard and four customs officers will also be deployed to monitor the festivities which launch the carnival season.

“We are taking increased measures to monitor and control the places where people in Limassol usually gather during the festivity,” Vassiliou said, adding that a crisis management centre will be also operative throughout the day.