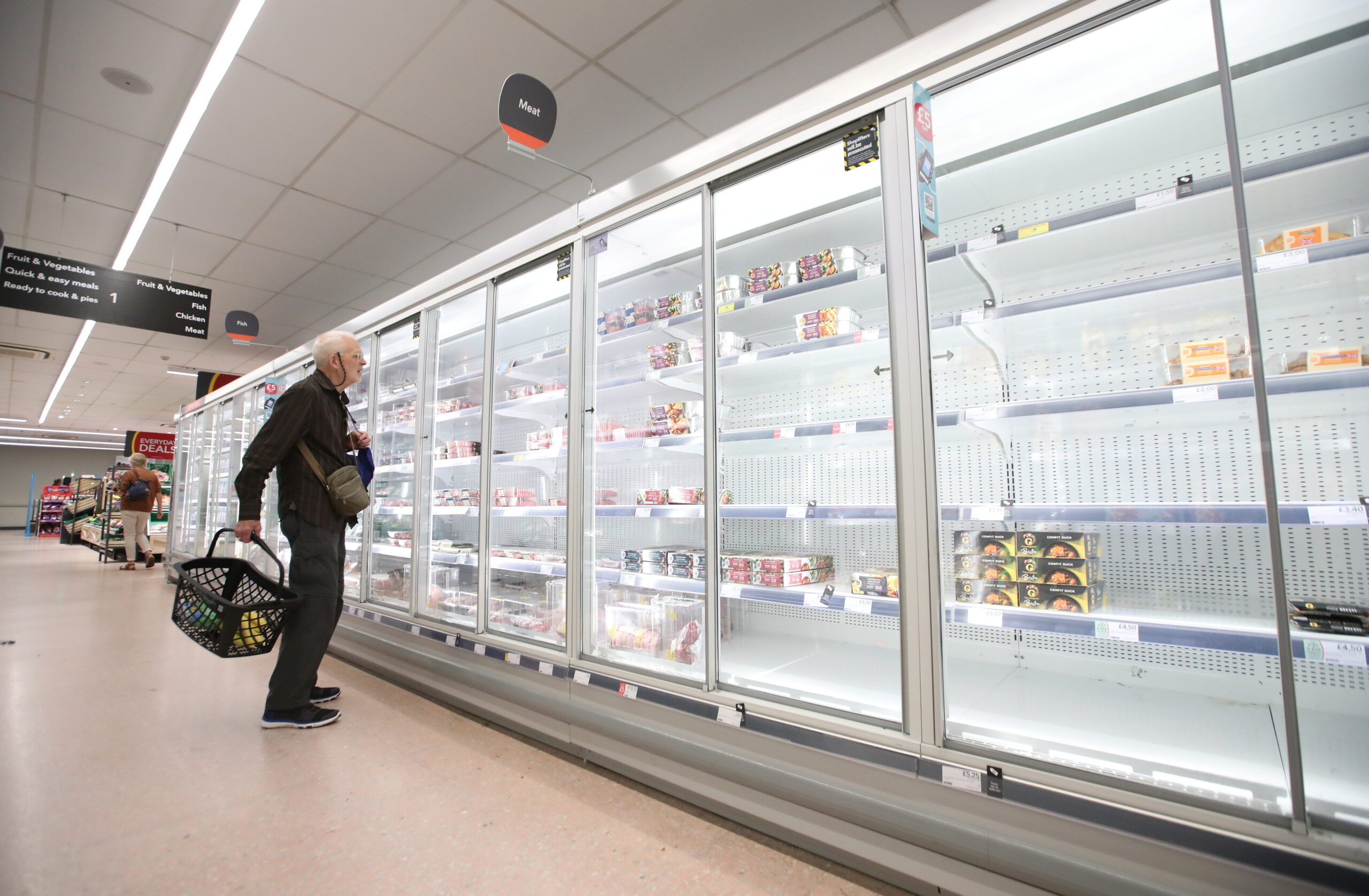 Consumers should not panic buy products as Britain is not heading back into a 1970s-style “winter of discontent” of strikes and power shortages, a junior minister said on Thursday.

Soaring wholesale European natural gas prices have sent shockwaves through energy, chemicals and steel producers, and strained supply chains which were already creaking due a shortage of labour and the tumult of Brexit.

After gas prices triggered a carbon dioxide shortage, Britain was forced to extend emergency state support to avert a shortage of poultry and meat.

Tesco, Britain‘s biggest supermarket group, told government officials last week the shortage of truck drivers would lead to panic-buying in the run-up to Christmas if action was not taken.

Supermarket shelves of carbonated drinks and water were left empty in some places and turkey producers have warned that families could be left without their traditional turkey lunch at Christmas if the carbon dioxide shortage continues.

“There is no need for people to go out and panic buy,” Small Business Minister Paul Scully told Times Radio.

“Look, this isn’t a 1970s thing at all,” he said when asked if Britain was heading back into a winter of discontent – a reference to the 1978-79 winter when inflation and industrial action left the economy in chaos.

A Tesco spokesperson said the group currently had good availability though it said the shortage of HGV drivers has led to “some distribution challenges”.

A spokesperson for No. 2 player Sainsbury’s said “availability in some product categories may vary but alternatives are available”.

Supermarkets and farmers have called on Britain to ease shortages of labour in key areas – particularly of truckers, processing and picking – which have strained the food supply chain.

The trucking industry needs another 90,000 drivers to meet demand after Brexit made it harder for European workers to drive in Britain and the pandemic prevented new workers from qualifying.

“My business has about 100 HGV drivers short, and that is making it increasingly very, very difficult to service our shops,” said Richard Walker, managing director at supermarket Iceland, adding that deliveries were being cancelled.

“It is a concern and as we look to build stock as an industry, to work towards our bumper time of year, Christmas, we’re now facing this shortage at the worst possible time. I am worried.”

The National Farmers’ Union has written to Prime Minister Boris Johnson asking him to urgently introduce a new visa system to help tackle labour shortages across the supply chain.

The rise in natural gas prices is adding to the sense of chaos. Six energy suppliers have gone out of business this month, leaving nearly 1.5 million customers facing a rise in bills.

Just over a month before Johnson hosts world leaders at a United Nations climate conference, known as COP26, power generator Drax Group Plc said it could keep its coal-fired power plants operating beyond their planned closure next year.

Britain is having talks with the energy regulator Ofgem about whether or not a cap on gas and electricity prices for consumers may have to go up, Scully said.

“Government will not be bailing out failed energy companies,” Kwarteng told parliament.