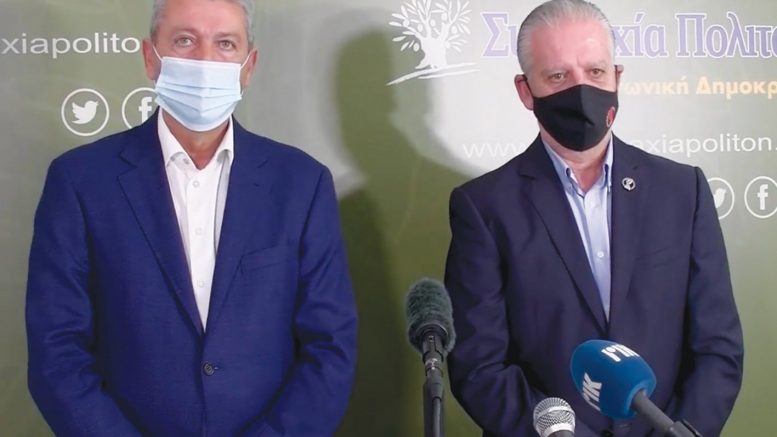 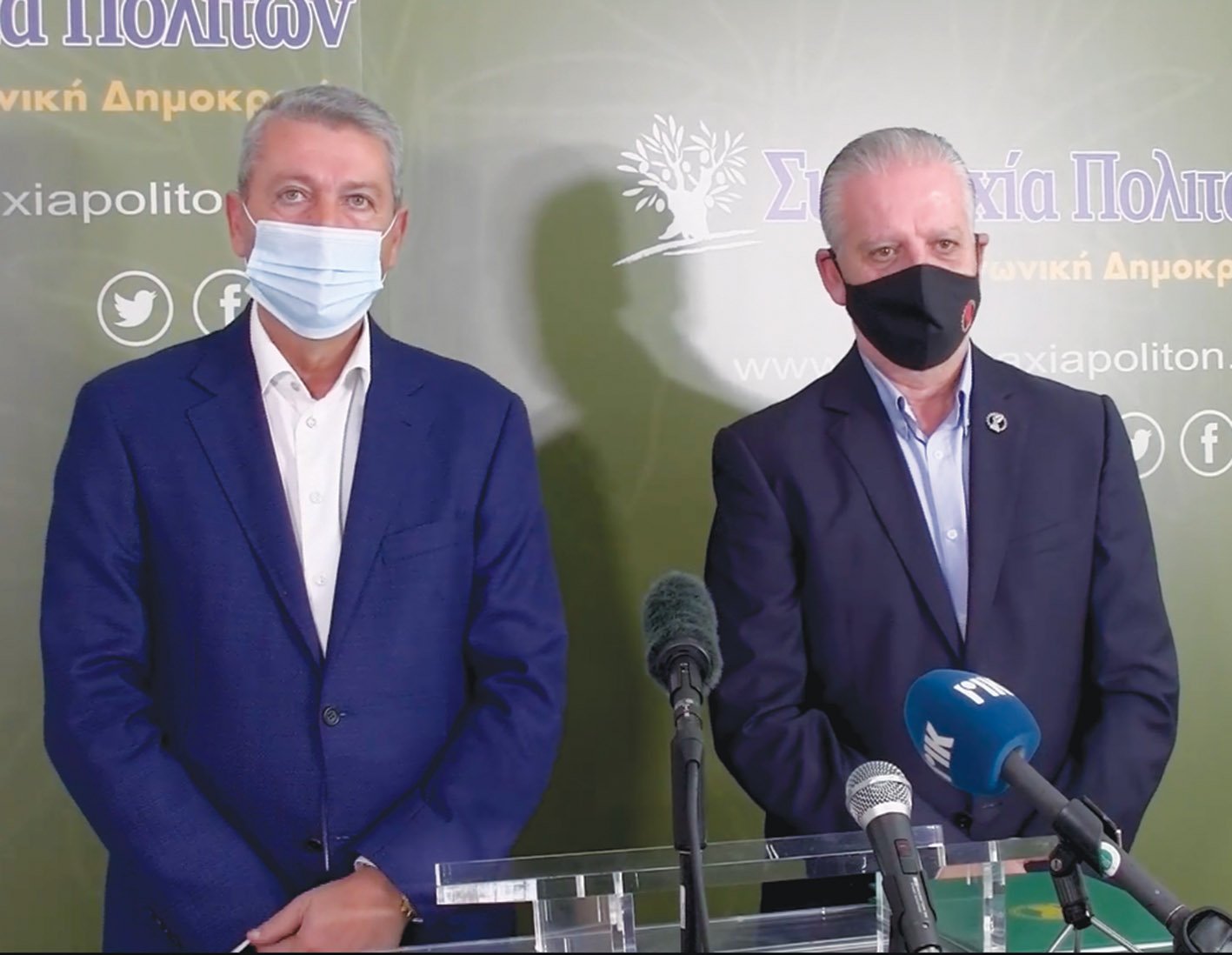 Socialist Edek and the Citizens Alliance announced on Friday they would join forces for May’s parliamentary elections, putting forth a united “anti-bizonal front” and aiming at a solution to the Cyprus problem based on one state and one people.

The two parties’ leaders announced their agreement after a meeting on Friday.

They both stressed their cooperation would reflect their rejection of a bizonal, bicommunal federal (BBF) solution to the Cyprus problem, which is the agreed basis on which the two communities have been holding talks to date.

“I am particularly pleased because, in my opinion, the conditions are being created now, in addition to the parliamentary elections, for the establishment of a strong anti-bizonal front that has a special significance in the current conditions and the expected developments on the Cyprus issue,” head of the Citizens’ Alliance Giorgos Lillikas said.

He expressed the hope that other forces, organised groups as well as individuals, would strengthen this anti-bizonal front but also in the efforts of the two parties “on issues of social welfare, social progress, internal governance that have to do with fight against corruption and entanglement as well as the consolidation and modernisation of the state.”

Lillikas said his party would “enrich Edek’s expanded ballot paper with our candidates in all districts.”

Edek leader Marinos Sizopoulos said this coexistence takes on special dimensions due to the developments that are currently taking place on the Cyprus issue “but also the need to gradually strengthen the anti-bizonal front as the vast majority of other political parties are unreservedly in favour of the BBF.

“Based on not just estimates but on indisputable facts and documents, this form of solution is a solution of Turkish standards that Turkey has been officially claiming for Cyprus since the 1960s,” he said. He added that everyone can understand that this form of solution will in essence be the stage for the full integration of Cyprus into Turkish territory as was Turkey’s plan since the 1950s.

The solution, he said, should be based on one state of one people, a democratic government that will unite Greek Cypriots and Turkish Cypriots for their common future within the European Union while fully safeguarding policies, human rights and the European acquis throughout the territory of Cyprus.

The two political leaders also said they have common positions in terms of social problems, and will work together to tackle the economic impact of the pandemic and protect vulnerable groups from its serious social and economic consequences.

Lillikas is currently the only MP of his party, after the resignation from the Citizens Alliance of the other two MPs who were elected in 2016. Pavlos Mylonas left the party in May 2017, and later joined Diko while Anna Theologou left the party in February 2018 and now holds her seat as an independent.

Edek has three seats in parliament.