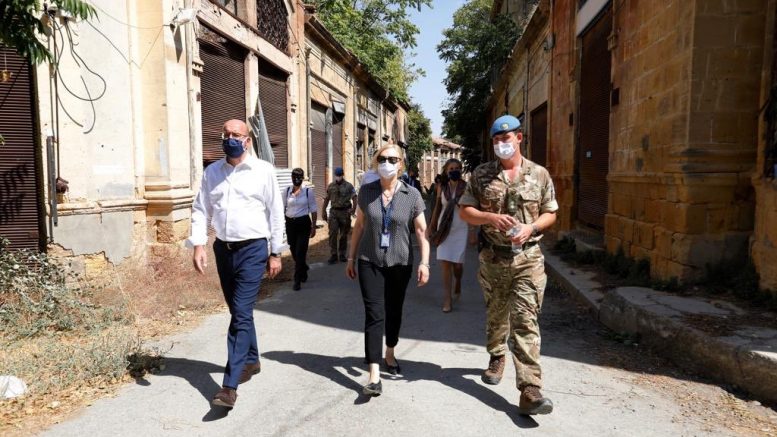 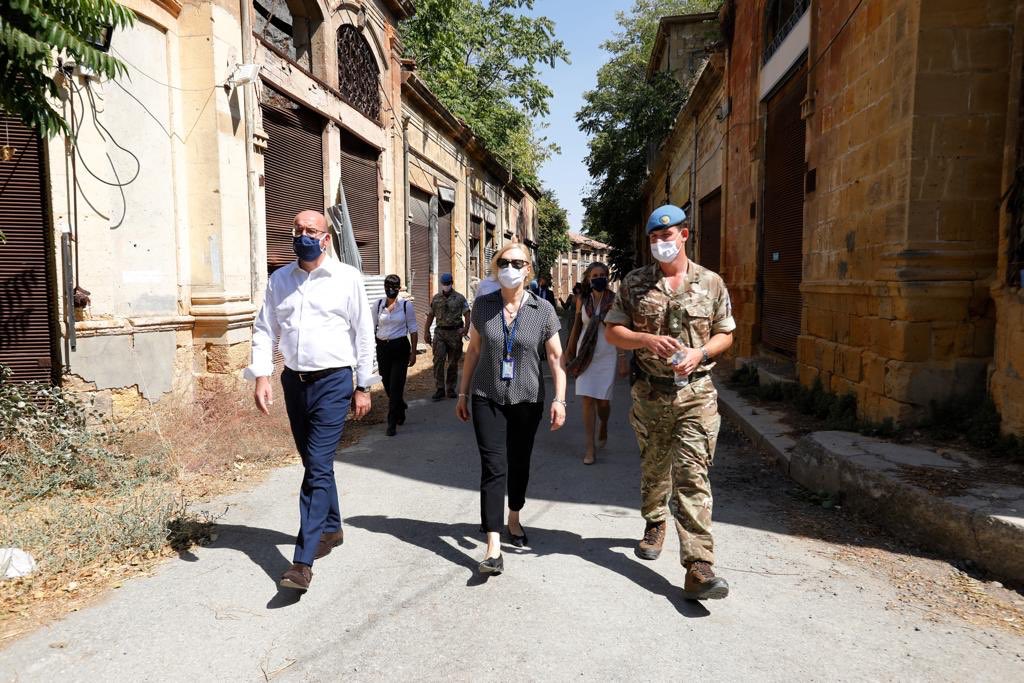 European Council President Charles Michel was given a tour of the Buffer Zone on Wednesday as part of his visit to Cyprus.

Michel was flanked by head of Unficyp Elizabeth Spehar as he was given a tour along sections of the north-south dividing line.

“One island – two communities,” Michel wrote on Twitter, further saying that: “Learning about their concrete cooperation initiatives and listening to their views on prospects of peaceful settlement.

“The EU must be more involved in the Cyprus peace process led by the UN,” he said.

His tour through the old streets of the walled city featured familiar reminders of the decades old conflict: delapitated buildings, barbed wire and neglected streets.

Earlier in the day, Michel met President Nicos Anastasiades at the presidential palace.

Anastasiades stressed the need for all parties to work towards resuming talks towards finding a comprehensive solution. He said this must be achieved in accordance with UN resolutions, EU values and relevant laws.