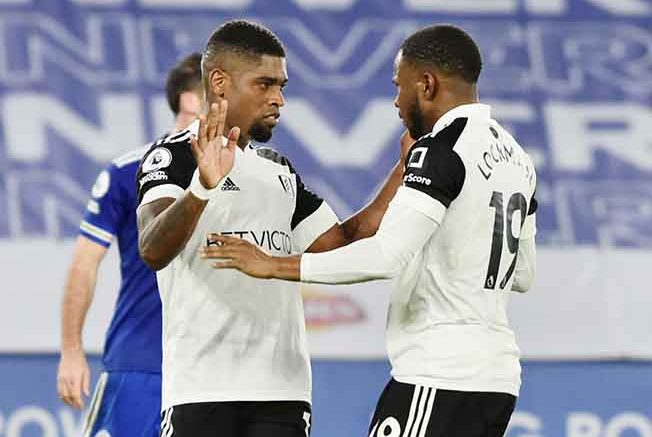 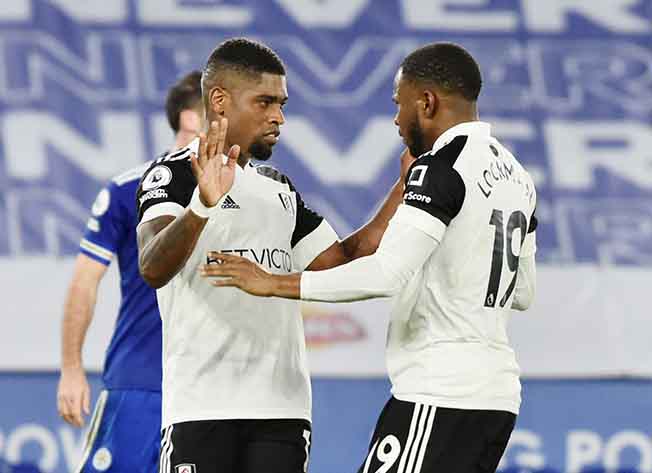 Fulham fixed their penalty jinx as Ivan Cavaleiro’s spot kick eased them out of the relegation zone with a shock 2-1 win at high-flying Leicester City in the Premier League on Monday.

There was huge relief on the Fulham bench when Cavaleiro netted as the London side had failed to convert their last three Premier League penalties.

Cavaleiro had missed in their last game against Everton while in the game before that Lookman inexplicably attempted a ‘Panenka’ penalty against West Ham United — his embarrassing miss costing his team a point.

Leicester squandered their chance to join league leaders Tottenham Hotspur and Liverpool on 21 points in a disappointing display, although an 86th-minute effort by Harvey Barnes set up a tense finale.

Fulham rode their luck in stoppage time as they held out for their second win of the season to climb to 17th place with seven points from 10 matches.

Things might have been different for Leicester had they not been denied by the woodwork twice in the space of seconds early on when Youri Tielemans’s volley struck the post before Wesley Fofana thumped the rebound against the crossbar.

Fulham made the most of their luck to take the lead with a superb counter-attacking goal.

Andre-Frank Zambo Anguissa surged forward over the halfway line and slid the perfect pass through to Lookman who showed great composure to guide his shot past Schmeichel.

Lookman celebrated by going to the side of the pitch and raising a Senegal shirt of former Fulham player Papa Boupa Diop who died, aged 42, at the weekend.

Six minutes later Christian Fuchs clipped Bobby Decordova-Reid in the area and after a VAR check a penalty was awarded.

Cavaleiro strode up and planted his kick high past Schmeichel who had no doubt reminded the Fulham man of his side’s recent pathetic record from the spot.

“I was very pleased and relieved for Cav (Ivan Cavaleiro) that he scored. We’ve missed some big penalties and it’s cost us some big points but we’ve scrutinised everything possible and I’m pleased it worked today,” Parker said.

Leicester laboured to try and open up Fulham’s defence after the break but Lookman could have avoided any late nerves when he fired a great chance at Schmeichel.

When Barnes thumped home it looked as though all Fulham’s hard work might be undone but they breathed a sigh of relief as Leicester’s Kelechi Iheanacho slipped when in a dangerous position at the death.

“We’ll go away and analyse how we could be better but we can’t dwell on it for too long,” Leicester manager Brendan Rodgers said. “We’ve shown some good moments in the first 10 games, now we’ll need to dust ourselves off.”

Scotland edge out England at Murrayfield