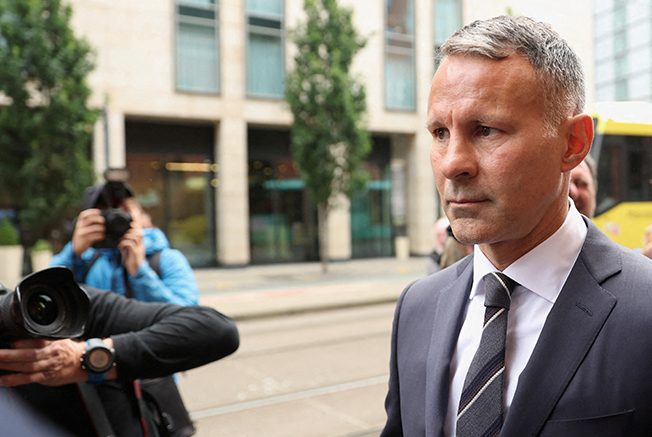 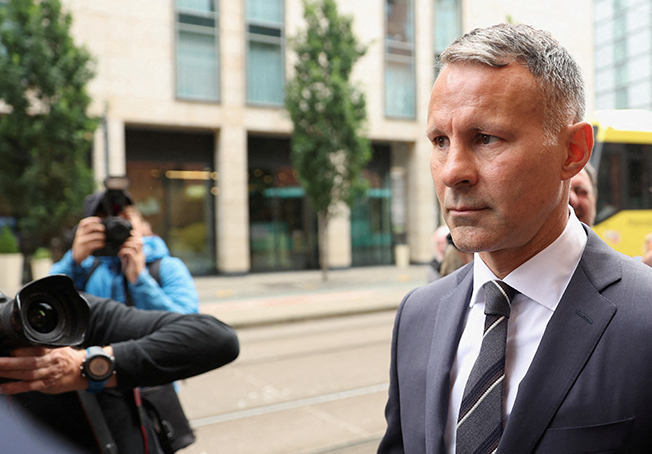 Former Manchester United winger Ryan Giggs was in court on Monday to face trial accused of assaulting and controlling his ex-girlfriend.

The 48-year-old was surrounded by a scrum of press photographers and TV camera crews as he arrived at Minshull Street Crown Court in Manchester with his legal team and accompanied by four family members.

Later, Giggs stood in the dock and identified himself to the clerk as the judge came into court shortly before 11am.
Some 30 reporters filled the public gallery for the start of proceedings, with more watching remotely on a video link.

Giggs is accused of using controlling and coercive behaviour against Kate Greville, 36, between August 2017 and November 2020.
He is also charged with assaulting Greville, causing her actual bodily harm, and of the common assault of her younger sister, Emma Greville, at his home in Worsley, Greater Manchester, on November 1 2020.
He has pleaded not guilty to all charges.

The trial, before Judge Hilary Manley, is estimated to last up to ten days.

Giggs was initially set to face trial in January but the hearing was put back because of the ongoing backlog of court cases exacerbated by the Covid-19 pandemic.
Giggs stood down in June as manager of the Wales national team following a period of leave since November 2020.

In a statement, he said he did not want the country’s preparations for this year’s World Cup in Qatar to be “affected, destabilised or jeopardised in any way by the continued interest around this case”.