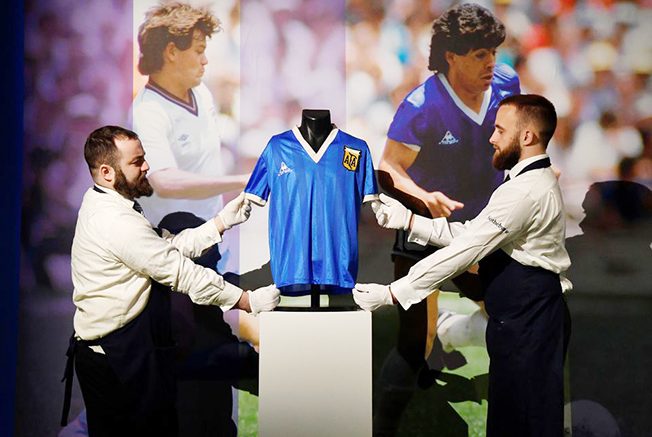 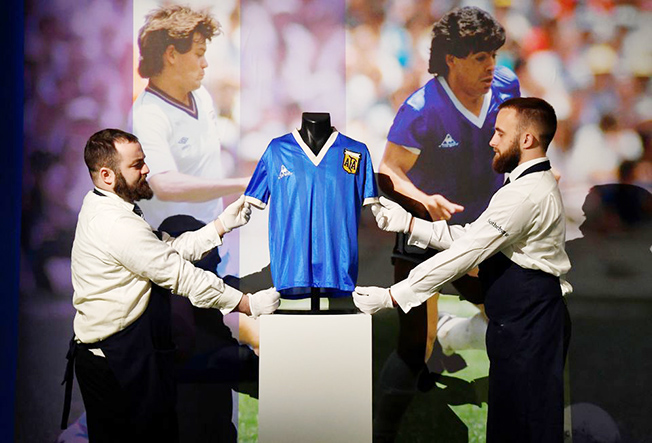 The shirt worn by Diego Maradona when he scored his famous “Hand of God” goal will be on display as part of an exhibit that will open ahead of this year’s World Cup, the 3-2-1 Qatar Olympic and Sports Museum said on Saturday.

The blue jersey, which sold at auction in May for a then-record $8.93 million, is on loan to the Doha-based museum where it will headline the World of Football exhibit opening on Sunday and running until April 1, 2023.

Maradona wore Argentina’s No. 10 shirt in the 1986 World Cup quarter-final against England in Mexico. Six minutes into the second half he put his team ahead by punching the ball into the net for what became known as the “Hand of God” goal.

Four minutes later Maradona dribbled from his own half to score a goal widely considered one of the greatest in World Cup history.

Maradona, regarded as one of the world’s best ever footballers, died in November 2020 aged 60.