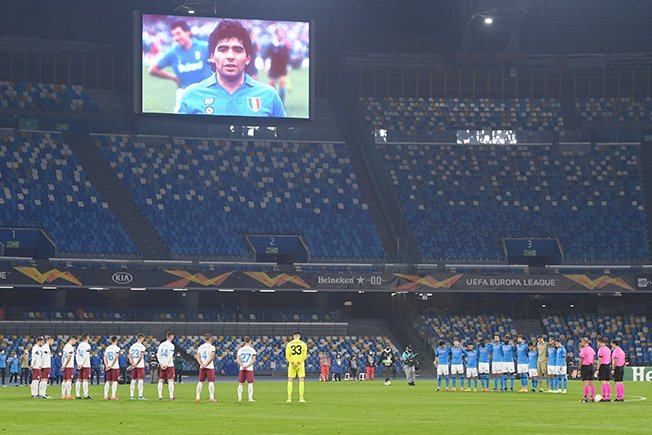 Brazilian striker Carlos Vinicius opened his account for Tottenham Hotspur with two first-half goals and Harry Winks scored a spectacular long-range effort in a 4-0 win over Ludogorets in Group J of the Europa League on Thursday.

Victory put Tottenham into second place in the standings with two games remaining, level on points with Royal Antwerp who won 2-0 away at Austrian side LASK.

Welsh forward Gareth Bale started for Tottenham, as did out-of-favour Dele Alli, but it was Vinicius, signed on loan from Benfica as backup for Harry Kane, who took his chance to shine.

The 25-year-old put Tottenham in front after 16 minutes when Alli’s ball intended for Bale deflected off a Ludogorets player into the path of Vinicius who rolled in an easy finish.

Tottenham were totally dominant and Alli was also involved in the second goal, unselfishly squaring to Vinicius after Tanguy Ndombele’s shot was parried out by goalkeeper Plamen Iliev.

Just past the hour mark Winks enlivened the second period when he received the ball from a throw-in some 50 metres out on the left and launched a shot that flew over the head of Iliev.

Tottenham were not finished, though, and Vinicius teed up Lucas Moura to fire his side’s fourth.

There was still time for 16-year-old striker Dane Scarlett to come off the bench for his Spurs debut and become the club’s youngest-ever player to appear for the first team.

Scarlett almost capped a memorable day with a chance in stoppage time but his shot rolled across the face of goal.

Olympics-Up to 10,000 spectators allowed at each venue despite warnings