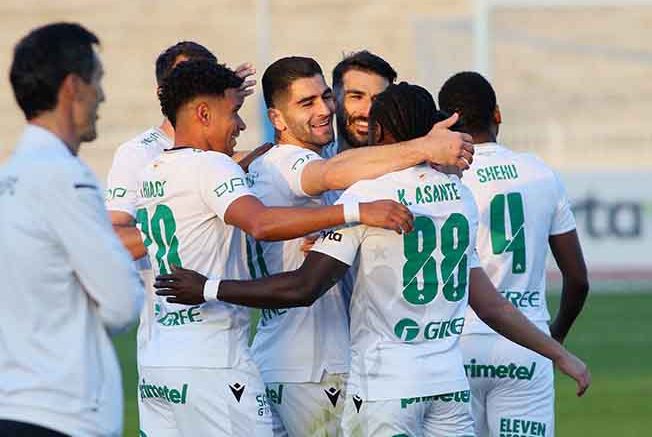 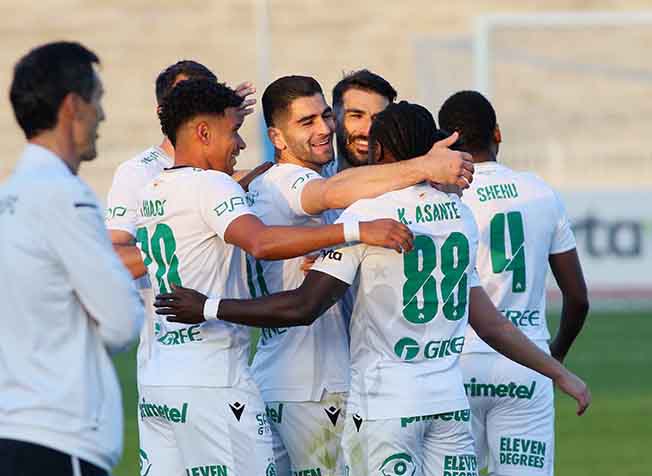 Omonia are back on top of the Cyprus First Division after a 1-0 win over Olympiakos on Sunday, courtesy of Giannis Kousoulos.

The Greens leapfrogged AEL Limassol, who went top on Friday with a 3-0 victory over AEK.

The race for the title is extremely tight, with Omonia just one point ahead of AEL.

“We started okay but did not keep it up for the second part of the first half. In the second half we were much closer to our normal level and managed to score an incredible goal”, said Omonia manager Henning Berg.

“I would like to keep my players’ mentality. They kept believing and played better in the second half and that’s what’s important. It was a difficult, tough win,” added Berg.

Berg also touched on his relationship with the club and the possibility of him extending his tenure at Omonia through a contract renewal.

“I have a good dialogue with the club. They are satisfied with my work and I am happy with my presence here,” said Berg.

“Like I said, we have a good dialogue and we will continue to be in communication. When we conclude our discussions we will know where we stand. I repeat that I am happy here. We have a good channel of communication and this has been the case since the first moment I arrived,” explained the Norwegian.

Salamina went into the game with a five point cushion over Enosis and a win would have gone a long way to ensure survival but Enosis’ win means that the two clubs are now separated by just two points.

Things became much harder for Salamina after an incident in the seventh minute of the game in which Uruguayan winger Nico Varela committed an incredibly dangerous foul against Enosis forward Dimitris Theodorou.

While both players contested for the ball around the halfway line, Theodorou managed to get to it first and bring it in his possession. This was followed by Varela stamping on the side of Theodorou’s leg, just above the ankle, with Theodorou being incredibly fortunate to not have had his foot firmly planted and causing a fracture. The incident was reviewed by the referee and a red card was duly awarded.

Varela took to Facebook after the game to apologise to his team-mates for receiving a red card so early in the game.

“Tough loss yesterday in which an unintentional detail in a 50-50 challenge left the team with one player less. You have to take the mistakes and work on them. Proud of my team-mates because they left everything on the field but couldn’t win,” said Varela.

Apoel meanwhile defeated Ethnikos Achnas 2-0 at home to reach 33 points. This point tally puts Apoel in seventh place and the top of the relegation playoff group although Pafos can rise above the Nicosia club with a win over Karmiotissa on Monday night.

“We didn’t start too well. Our play was a bit disjointed, we lost a lot of duels and we were rash in our decision-making,” said Apoel manager Savvas Poursaitidis after the game.

“If we exclude the first 25 minutes the team did manage to find a rhythm, we created chances and kept the ball well,” added the Apoel mana