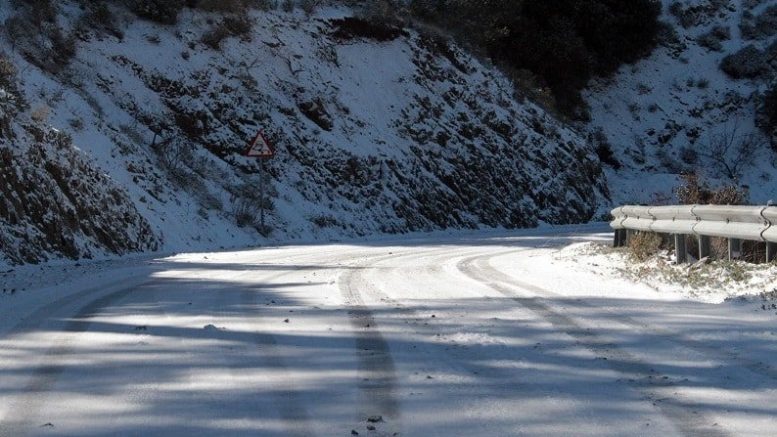 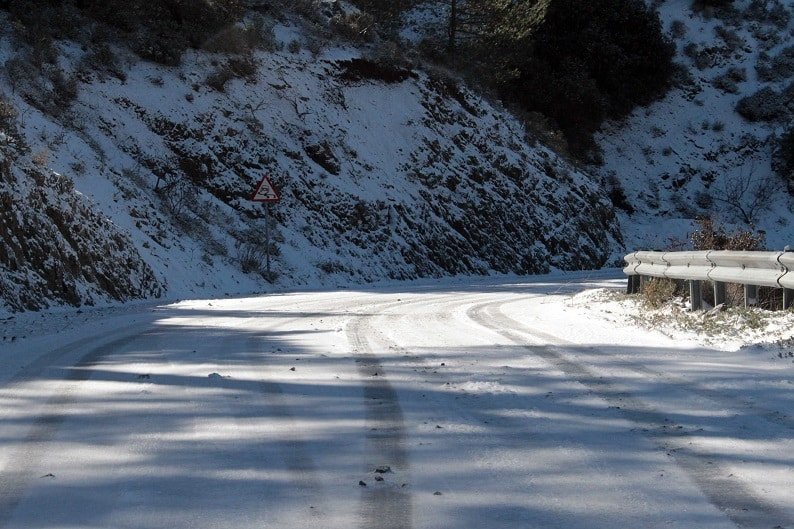 Roads around Troodos are open only to vehicles equipped with snow chains or four-wheel drive due to light snow fall in the area, police warned on Tuesday morning.

The affected roads are:

A yellow weather warning was issued by the met office late on Monday and is in place until 2pm on Tuesday.

Rain, isolated thunderstorms and snow in the mountains have been forecast for the day.

Temperatures will rise to 13C inland, 14C in coastal areas and 4C in the higher mountains.

At night, they are expected to drop to 2 to 5C in most areas and minus 5C in Troodos.