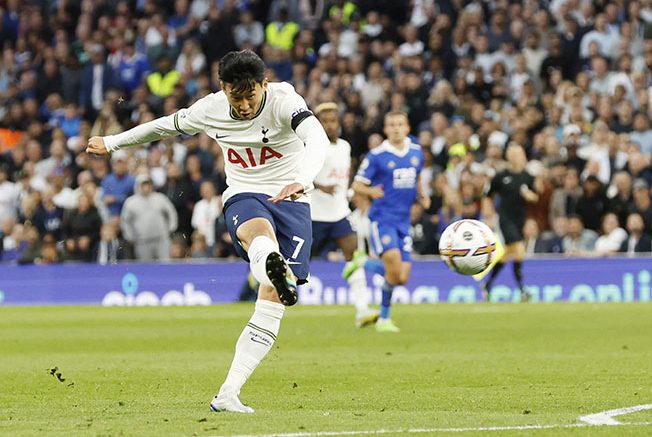 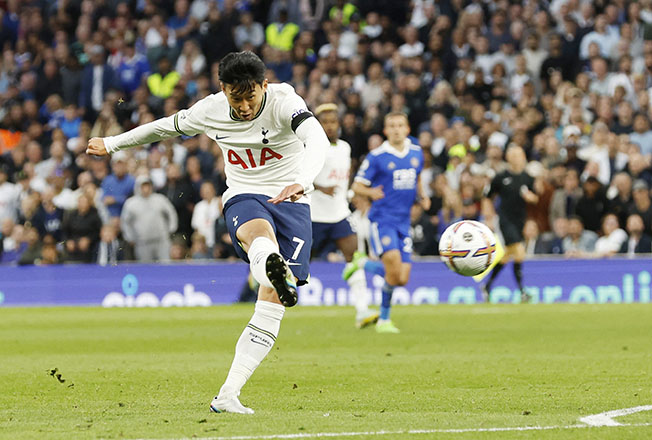 Son Heung-min ended his scoring drought in stunning fashion with a sublime hat-trick as Tottenham Hotspur crushed Leicester City 6-2 to move joint top of the Premier League on Saturday.

Rodrigo Bentancur’s first goal for Tottenham was separating the sides in an entertaining tussle but Son, who started on the bench, exploded back to form with three goals in 13 minutes.

Leicester took an early lead with a twice-taken penalty by Youri Tielemans but Tottenham hit back quickly with Harry Kane powering in a header at the far post.

Tottenham went ahead in the 21st minute as defender Eric Dier marked his return to the England squad with a glancing header from a corner.

Bottom-placed Leicester were lively in attack though and James Maddison’s superb finish sent them in level at halftime.

Bentancur seized on a mistake to restore Tottenham’s lead in the 47th minute but Son went on to steal the show.

Son then completed his hat-trick after running on to a Pierre-Emile Hojbjerg through ball.

Newcastle dominated the first half, hitting the woodwork twice and seeing Neto pull off a string of fine saves for the visitors as Bournemouth deployed a tight five-man line across the back.

But things went from bad to worse for the hosts as Philip Billing then scored for Bournemouth, guiding home a deft volley with his left foot to briefly silence the local crowd.

However, that lead didn’t last long as Jefferson Lerma was penalised following a VAR review for handling Kieran Trippier’s cross in the box, and Isak stepped up to slam the spot kick past Neto.

It was Isak’s first goal at home for Newcastle since joining from Real Sociedad in August for a reported club record fee of 59 million pounds ($67 million), but neither he nor his team mates came close to fashioning a winner.

The draw, Newcastle’s fifth stalemate in eight league games, moves the Magpies up to 10th in the table on eight points, while Bournemouth rose two places from 14th to 12th.