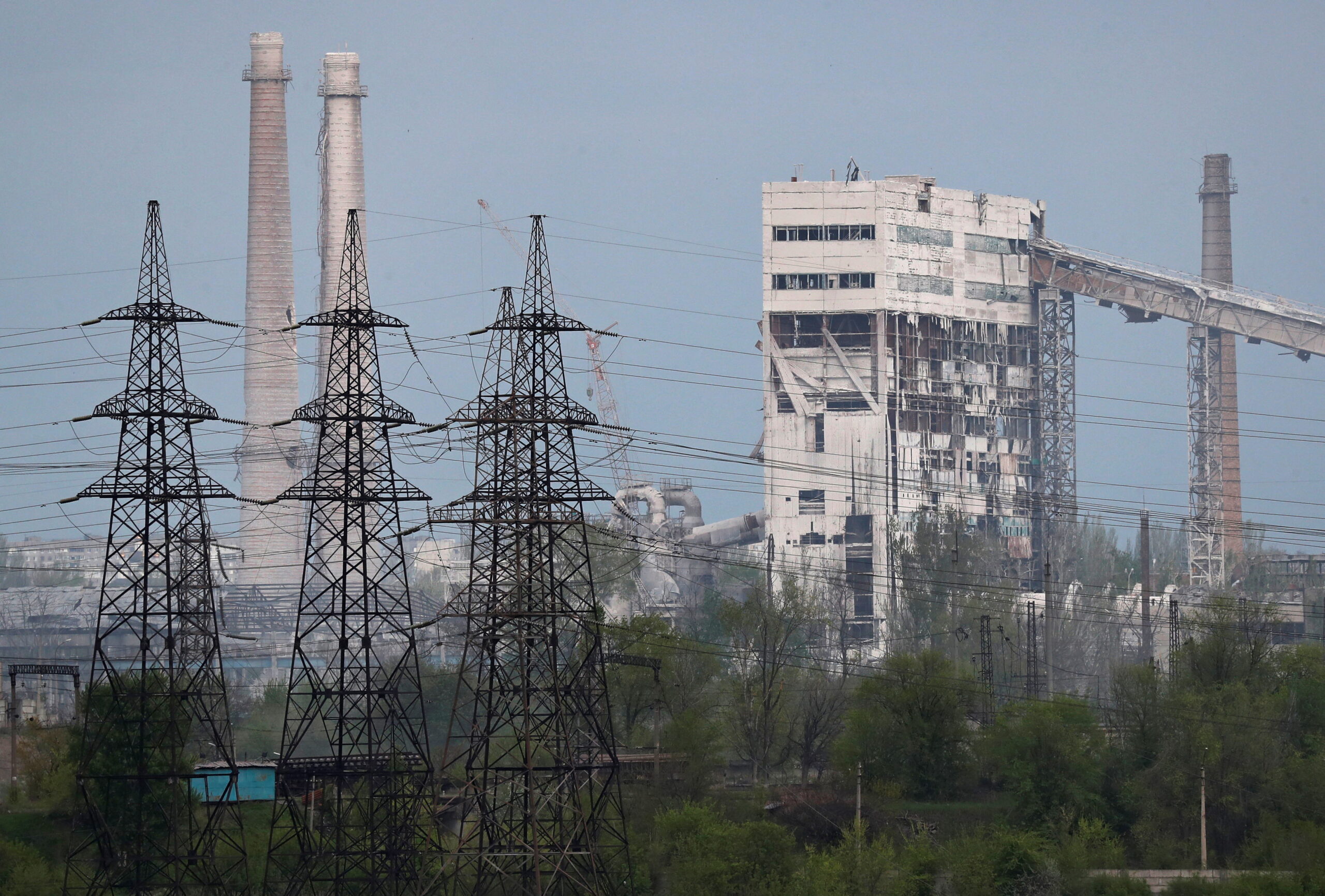 Ukraine said a new attempt had begun on Friday to evacuate scores of civilians trapped in a ruined steel works in the city of Mariupol, after bloody fighting with Russian forces thwarted efforts to bring them to safety the previous day.

Mariupol, a strategic southern port on the Azov Sea, has endured the most destructive siege of the 10-week-old war, and the sprawling Soviet-era Azovstal steel plant is the last part of the city still in the hands of holdout Ukrainian fighters.

U.N.-brokered evacuations of some of the hundreds of civilians who had taken shelter in the plant’s network of tunnels and bunkers began last weekend, but were halted in recent days by renewed fighting.

“The next stage of rescuing our people from Azovstal is under way at the moment. Information about the results will be provided later,” said Andriy Yermak, head of the Ukrainian presidential staff. He gave no more details.

Authorities in Mariupol later accused Russian forces of violating a ceasefire at the steel works and firing at a car involved in evacuation efforts, killing one Ukrainian fighter and wounding six. Russia did not immediately comment on the city council’s online statement.

Russia has turned its heaviest firepower on Ukraine‘s east and south, after failing to take the capital Kyiv in the early weeks following its Feb. 24 invasion. The new front is aimed at limiting Ukraine‘s access to the Black Sea, vital for its grain and metals exports, and linking Russian-controlled territory in the east to the Crimea Peninsula, seized by Moscow in 2014.

Moscow calls its actions a “special military operation” to disarm Ukraine and rid it of anti-Russian nationalism fomented by the West. Ukraine and the West say Russia launched an unprovoked war of aggression. More than 5 million Ukrainians have fled abroad since the start of the invasion.

Ukraine‘s general staff said on Friday that Russian forces were continuing their “attempts to fully take over the Donetsk and Luhansk regions”, areas in the east partially seized by Moscow-backed separatists in 2014.

Russia’s defence ministry said it had destroyed a large ammunition depot in the eastern Ukrainian city of Kramatorsk in a missile strike. It also said its air defences shot down two Ukrainian warplanes in the Luhansk region.

It was not possible to independently verify either side’s statements about events on the battlefield.

A member of the self-proclaimed Donetsk People’s Republic forces, who are fighting alongside the Russian army in eastern Ukraine, told Reuters he thought Ukrainian forces had little strength left to defend Azovstal.

“We’re not far. Just a little left,” said the fighter who gave his name as Alexei, speaking on Thursday as detonations resonated in the background near the plant. “It won’t last long.” He did not provide any evidence for his statement.

An estimated 200 civilians remained trapped underground in the plant with little food or water.

Russian President Vladimir Putin has said Moscow was prepared to provide safe passage for the civilians but reiterated calls for Ukrainian forces inside to disarm.

The Kremlin denies Ukrainian allegations that Russian troops stormed the plant in recent days and said humanitarian corridors were in place. Russia’s military promised to pause its activity for the next two days to allow civilians to leave.

Putin declared victory in Mariupol on April 21 and ordered his forces to seal off the plant.

Ukrainian officials have said Russia might step up its offensive before May 9, when Moscow commemorates the Soviet Union’s victory over Nazi Germany in World War Two.

“The time will come to mark Victory Day in Mariupol,” Kremlin spokesperson Dmitry Peskov told reporters in a briefing on Friday, when asked about plans for May 9 in territory recently seized by Russian-backed forces.

The stubborn Ukrainian defence of Azovstal has underlined Russia’s failure to take major cities in a war that has united Western powers in arming Kyiv and punishing Moscow with the most severe sanctions ever imposed on a major power.

Economic measures from Washington and European allies have impaired Russia’s $1.8 trillion economy and billions of dollars worth of military aid has helped Ukraine frustrate the invasion.

The European Union’s proposed new sanctions package, which includes an oil embargo, has run into opposition from some member states, with Hungarian Prime Minister Viktor Orban saying it would amount to an “atomic bomb” dropped on the economy.

The European Commission has proposed changes to the plan to give Hungary, Slovakia and the Czech Republic more time to adapt to the embargo and help with upgrading their own oil infrastructure, three EU sources told Reuters.

Ukrainian President Volodymyr Zelenskiy said on Thursday that nearly 400 hospitals and other medical facilities in the country had been destroyed on damaged since the invasion.

The Kremlin says it targets only military or strategic sites and not civilians. Ukraine daily reports civilian casualties from Russian shelling and fighting, and accuses Russia of war crimes. Russia denies the allegations.