Hotels and Resorts in Cyprus

Cyprus is the birthplace of some of the great travel-writing clichés of all time, but they’re hard to avoid: it really is a country of contrasts, where old meets new, where the mountains meet the sea, where east meets west and where you can ski and swim in the same day (at least at certain times of year). It also boasts an enormous choice of accommodation, but we have whittled it down and selected what we think are the best places to stay in Cyprus.

Nicosia, the capital, is only an hour or so from the main beach resorts. It is sadly bereft of charming hotels, but its walled medieval centre has bags of character.

If you want to experience the wilder side of this stunning island, some of the best places to stay in Cyprus are truly remote. Some boast stunning views, others are perfect for those who want to do a spot of birdwatching or amble round country paths checking out the local flora and fauna.

Resort areas range from the somewhat brash Agia Napa and Protaras, near the eastern tip of the island, to the slightly more sophisticated Paphos in the west. Cyprus's two major coastal cities, Limassol and Larnaca, were the island’s original tourism hubs, with large and sunny, but bland, resort hotels along the coastlines in both directions.

The best places to stay in Cyprus to make the most of its cultural highlights can generally be found in the heart of the old towns. Here the scents and flavours of the island's past come to life. You will also find that activities range from year-round golf and tennis to winter sports on the Troodos slopes, scuba diving off the northwest coast, windsurfing and sailing. 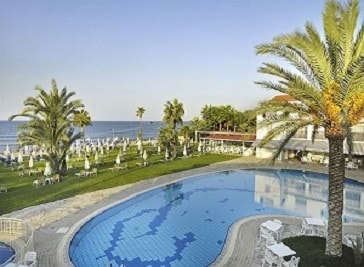 DISCOVER THE DIFFERENCE...From the moment you arrive at Akti Beach in Pafos, you will see and feel what makes it special. The property's picturesque seafront setting overlooks a small and secluded cove that is naturally sheltered by the surrounding rocks. A pebbled path provides easy access to clear and safe waters.
Read More 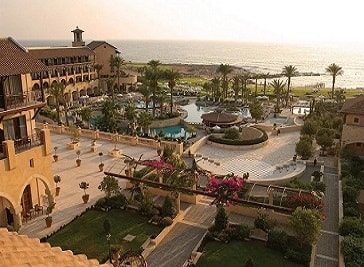 A short walk from the scenic Paphos harbour and close to the cosmopolitan centre of the town, the Elysium is, at the same time, distant enough to offer a much-needed sense of privacy, seclusion, and utmost comfort. Standing adjacent to the historic site of the Tombs of the Kings, the hotel combines impressive architectural elements with the traditional Mediterranean ambiance that the island of Cyprus is most famous for, providing its guests with an idyllic haven to escape to.
Read More 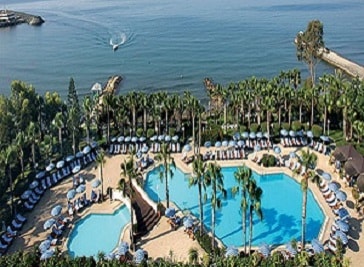 The GrandResort is among the finest five star hotels in Cyprus set in beautifully landscaped tropical gardens, on a superb beach side location in the exclusive Amathus area of Limassol. An exceptionally grand and elegant hotel about 11 km from Limassol town center, the luxurious GrandResort offers an impressive range of facilities and an unrivaled standard of personal service and sheer comfort.
Read More