You can’t go wrong with Cypriot food – delicious meze and souvlaki are the hallmarks of a cuisine infused with Mediterranean and traditional local flavours.

For the full Cyprus dining experience, head to Fetta’s Corner in Paphos: this traditional eatery won the Best Taverna gong in the latest Time Out Eating Awards. Alternatively, try out Gravella je Kapnia in Nicosia, which won the Time Out award for Best Kebab.

To sample a combination of Greek and Cypriot food and entertainment, take a walk down bustling Ledra Street where the Karvounomageiremata taverna offers live music on most nights.

Fish lovers can choose between Paliovarka in Limassol or Kalamies in cosmopolitan Protaras, a fantastic seafood restaurant that overlooks the area’s busiest beach.

Those in search of a good but less expensive meal should check out the popular fish and sushi chain Ocean Basket, which has restaurants in every city on the island. The ‘Nice Price’ category also encompasses Artisan’s Burgerbar in Nicosia with its succulent freshly made burgers and iced Hoegaarden beer.

For Michelin-standard cooking, look to the three restaurants at the Four Seasons Hotel: the Asian Seasons Oriental, the Mediterranean Vivaldi and the gourmet Mavrommatis. The island’s best wine list and one its top sommeliers can be found at Risto La Piazza in Paphos. Finally, for a combination of good food and drink, sometimes at the bar, check out either Vino Cultura or Bastione in Nicosia or Alati By The Sea in Protaras, which is only open in the summer. 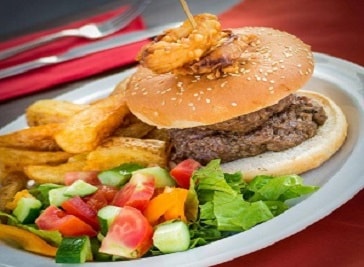 Chalkies all family fun pub, with an American grill style food menu. All ingredients are freshly prepared on site by their great chef. Chalkies days relaxing and chilled Cafe bar. Chalkies at night is when the spectacular starts. An LED computer controlled lighting system set to take the night life in coral bay by storm.Covering our three spaces -outside under the sails - the smoking area and inside where the main bar and Djs reside .Live Djs every night with the most upto date dance music.
Read More 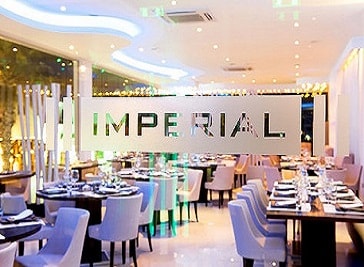 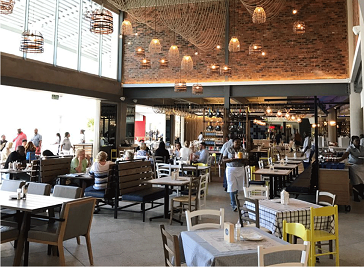 Ocean Basket is South Africa's favourite chain of seafood restaurants. There's one near you. At Ocean Basket you'll find friendly people, a home-from-home feeling and great value for your hard-earned bucks. Some Ocean Baskets have a fresh-fish deli too, and you can order to eat in or takeaway, whatever grabs you.
Read More